2019 PAKISTAN ECONOMY ROUND UP 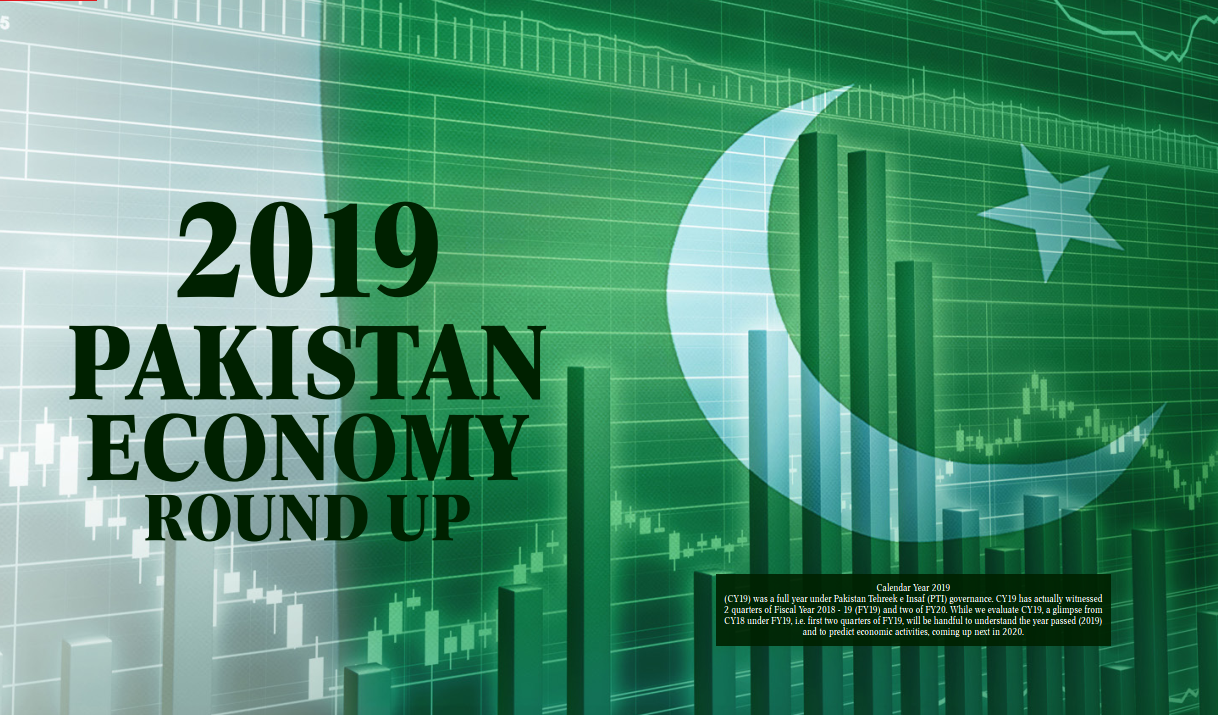 Resultantly, foreign exchange reserves fell well below dangerous levels, compelled PTI to present a mini budget in 1st quarter of Financial Year 2019 (1QFY19) and then in 3QFY19 i.e. 1QCY19. Not only that, contrary to its claim, PTI went into talks with IMF where negotiations became a challenge; not meeting timeline to get funds for scheduled payments. Therefore PM reshuffled the cabinet and Mr. Asad Umer stepped down from Ministry of Finance (MoF), replaced by an Advisor to PM for MoF Mr. Hafeez Shaikh who further appointed Mr. Reza Baqir (Ex-IMF) as Governor State Bank of Pakistan (SBP) and Mr. Shabbar Zaidi became Chairman Federal Board of Revenue (FBR) in early 2019. In this scenario of economic uncertainty Financial Action Task Force (FATF) black listing remained hanging sword over Pakistan which further intensified the grim economic situation of the country. Political uncertainty in Pakistan was on its peak by closing of CY19 together with international situation where Indian Occupied Kashmir (IOK) is hostage by Modi Government and a trade war between China and USA continues. 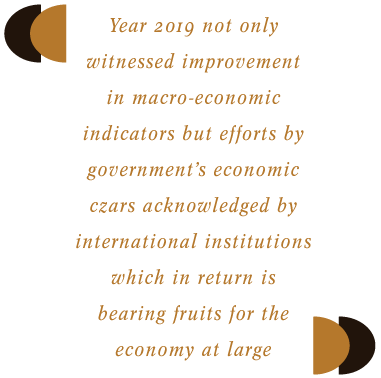 There seems a two point agenda of present regime to deal with inherited economic emergency. It tightened the monetary and fiscal policies on one end and focused on international relations to get economic support on the other.

Starting with controlling Current Account and Trade Account Deficits, i.e. twin deficits, government decided to free float the exchange rate with minimum intervention of SBP which was also a condition from IMF while negotiating the $6 Billion USD loan. It resulted Dollar skyrocketed and touched Rs.164 in 4QFY19 from Rs.119 in 1QFY19 which went down to Rs.155 in 1QFY20 and stable trend is continued even at the closing of 2019. This massive devaluation controlled imports to a larger extent whereas exports witnessed a marginal growth. As economy of Pakistan had been transformed into import based consumption economy because of artificially controlled dollar by previous regimes therefore when Rupee devaluated, it resulted in a drastic rise of inflation which increased to double digits in 4QCY19. For controlling inflation, SBP increased discount rate from 5.75%, lowest in previous regime, to highest at 13.25%. Devaluation of currency and rise in discount rate resulted increase of input cost of those industries which were depending on imported inputs and bank borrowings. Petroleum prices felt this heat and energy cost at manufacturing and consumer end increased accordingly.

Owing to such situation where business activities slowed down, GDP growth rate reduced from 5.8% to 2.9% as calculated by international financial institutions. Large Scale Manufacturing Units (LSMs) showed negative growth rate around 6% which effected Small and Medium Enterprises (SMEs) related to these LSMs and therefore unemployment increased in return. Documentation drive remained another obstacle for growth of economy which made some production units from slowing down to even shut down.

However documented economy is important not only for fulfilling requirement of FATF and IMF but for improvement in tax revenue by increasing tax net. Eventually, by increasing tax net more direct taxation will take place which will slowly replace indirect taxation, benefiting general public who are presently imposed with the biggest indirect tax i.e. General Sales Tax. Furthermore, documented economy will give true and fair view of financial statistics. While MoF was busy in surgery of an economy near to collapse, PM visited friendly countries to meet urgent need of Foreign exchange requirement. In this regard PM went to China, USA, Saudia, UAE, Russia, Malaysia and gained support in shape of deferred payment oil, Foreign Direct Investments (FDIs) even direct deposit of Dollars in Current Account. After detail deliberations and by aligning economic system of Pakistan with that of as required by IMF, finally the fund approved a $6 Billion USD loan for 36 months. After approval, a quarterly assessment was executed in October 2019 by the financial institution if Pakistan has met with the targets assigned and is moving in directions the fund considers prudent.

In November 2019, IMF released a positive preliminary report in favor of Pakistan. World Bank also praised the macro economic developments and governmental efforts for ease of doing business. In its report about ease of doing index, Pakistans status improved 28 notches up and placed at 107th rank from 136th. The country turned out to be the sixth global reformer and first in South Asia that brought ease in doing business in the reported year. Mr. Hammad Azhar presented Pakistans case at FATF in October 2019 very well that despite of Indian strong lobby, the country skipped the possibility of being placed in black list. Along with support of China and Turkey it could not have been possible without strict monitoring of banking transactions by compliance units of SBP headed by Mr. Reza Baqir and documentation drive by FBR Chairman Mr. Shabbar Zaidi.

Though Pakistan has marginally skipped from FATF black listing, however with the continuing efforts by SBP and FBR, Pakistan will be able to get out of Grey list as well. Eventually, confidences of foreign and local investors improved in 2nd half of year 2019 which also reflected in Pakistan Stock Exchange (PSX) that rallied back strongly in a few months, becoming the best performer globally since the low in August. It has been the 6th best performing market since July this year and since October 1st it has posted a return of 14.1% all alone by November 2019. In December 2019, Chinese investors have shown interest of investing some $ 2 billion in PSX subject to certain approvals at their end. 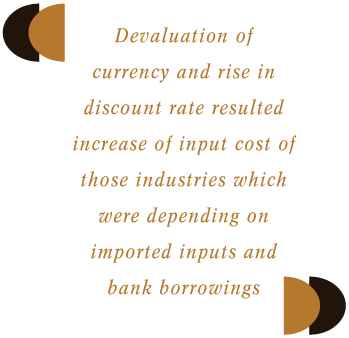 These improved Macro Economic indicators made international credit rating agency Moodys to improve countrys rating from negative to stable in 1st week of December 2019. Macro-economic indicators improved in 4QCY19. Current Account Deficit turned into surplus of $99 Million USD in October 2019 after 4 years, making CAD down by 73.5% in first 4 months of FY20 (4MFY20) i.e. July to October 2019. Contrary to present status, Current Account reported a Deficit balance of $5.57 Billion USD in July October 2018 which came down to $1.47 Billion USD in same period of 2019. Trade Deficit is down by 34.42% in 5 months of FY20 i.e. from July to November 2019, as compared to same period of previous year. Net Foreign Direct Investments (FDIs) are up by 238% in 4MFY20 if one may compare it to same period last year. It is recorded at $650Million USD in 4MFY20 against a figure of $191.9 Million USD in 4MFY19. By rationalizing electricity tariff and with the issuance of energy sukuks, Circular Debt went down to Rs. 12 Billion per month in 2019 as compared to Rs. 26 Billion in 2018. However, Asian Development Bank (ADB) in its report before approving $1.3 Billion USD loan for Pakistan in December 2019 to shore up its finances, stated that the Circular Debt is rising with a speed of Rs.21 Billion per month, contrary to government claims. Above all Government of Pakistan repayment capacity of loans increased 25% as compared to last year. It paid off $ 11.6 Billion USD in FY19 and in 1QFY20 i.e. from July to September 2019 the figure was around $3 Billion USD (Including interest) as reported by SBP. PTI government took $ 10.4 Billion USD loan from various International institutions including IMF and China for a period starting from 18th August 2018 to 30th September 2019 as reported in National Assembly for a query raised by a parliamentarian. According to a reliable source PTI has paid off $ 14.83Billion Dollars in its tenure so far till December 2019 (unconfirmed). Reportedly, the loan taken by this government is not used for sake of stabilizing Dollar parity but to ensure scheduled and trade related payments.

During first 5 months of FY20 i.e. from July 2019 to November 2019 FBR tax revenue increased by 17% though the target has not been met as set by the authorities in line with IMF conditions. However, in 2019 tax return filers reached 1.59 Million showing 50% increase compared to last year. The fiscal deficit is reported at 0.7 percent of GDP decreased from 1.4% i.e. Rs286 billion in the 1QFY20, and the interest payments are around Rs572 billion to make the primary surplus at reported Rs286 billion (0.7% of GDP) well within the IMF target of allowance of primary deficit of Rs102 billion; the government has a comfortable cushion of Rs388 billion from the target, to be used in next quarter to satisfy IMF. Please note that overall government debt has increased by Rs.1.5 Trillion in 3QCY19 (1QFY20) reaching at all time high figure of Rs.34.24 Trillion i.e. 78.6% of GDP. Year 2019 not only witnessed improvement in macro-economic indicators but efforts by governments economic czars acknowledged by international institutions which in return is bearing fruits for the economy at large. 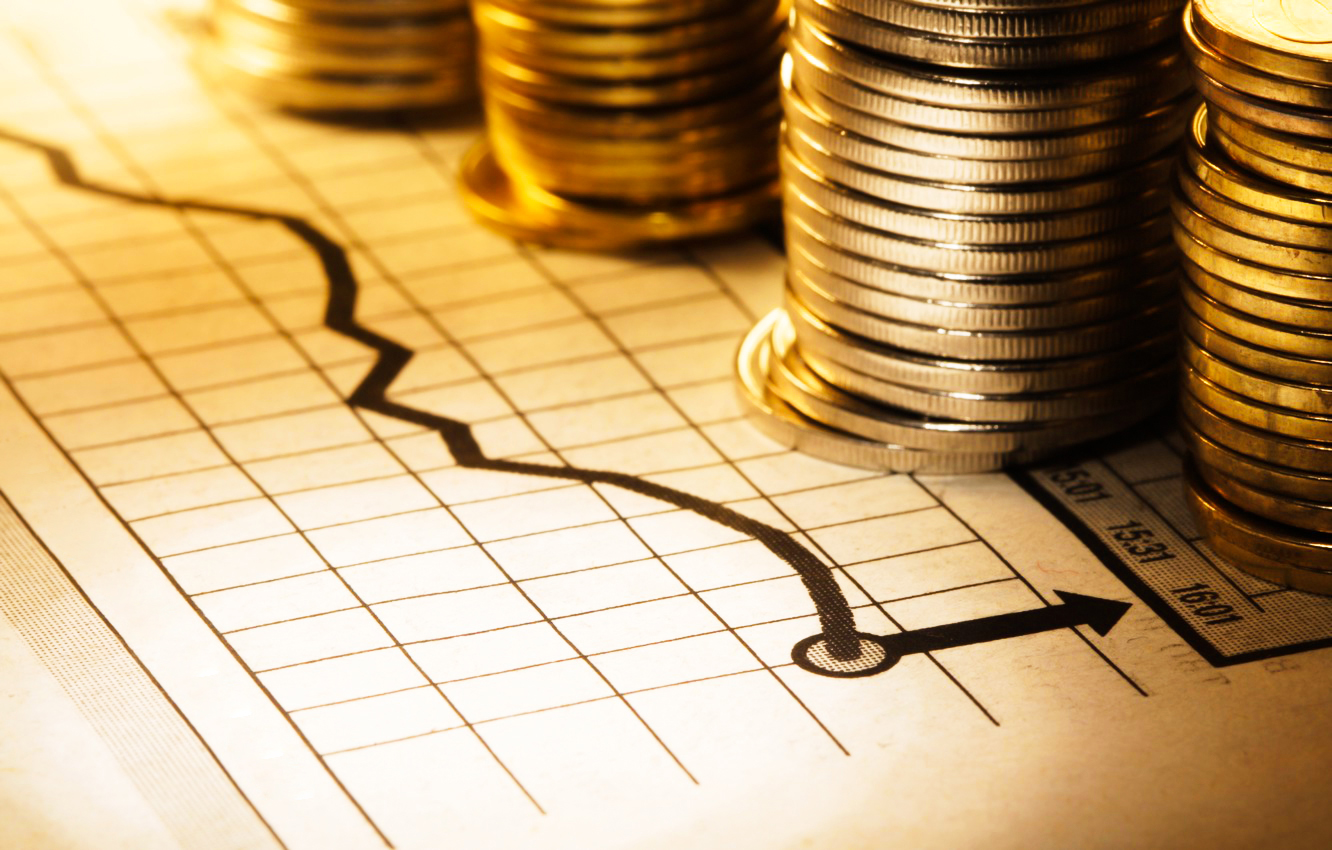 After IMF satisfactory first quarter review in November 2019, International credit rating agency Moodys upgraded the country rating from Negative to Stable in early December 2019 as stated above. Afterwards Citi Bank Pakistan CEO in his statement to media claimed that Pakistans economic prospect is positive whereas the country will witness foreign inflows in 2020 and there is no fear of black listing in FATF. Pakistan under present regime, is also able to skip penalty of $1.2 Billion USD in a dispute with Karkey Karadeniz Elektrik Uretim, a Turkish Power company, with the help of Turkeys President Mr. Tayyip Erdogan. Moreover, after his return from USA visit, PM stated about Reko Diq case without mentioning the companys name that he is in negotiation with them and the company is interested to resume work on the project which can set aside a penalty of $5.976 Billion USD imposed on Pakistan by International Centre for Settlement of Investment Disputes. Despite of USA claims against China Pakistan Economic Corridor (CPEC), CPEC has entered into second phase of Special Economic Zones (SEZs) whereas not only first SEZ has been started but second China Pakistan Free Trade Agreement CPFTA II has been executed between the countries in December 2019 where China will give duty free access to Pakistan for its $68 Billion USD import segment of 313 goods, a status given to Pakistan equivalent to ASEAN countries. 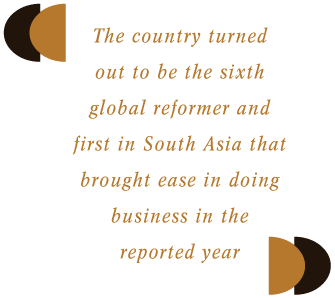 Russia has taken interest into Pakistans economy and planned to start a $25 Billion USD Russia Pakistan Economic Corridor which will help Pakistan to earn Billions of Dollars annual fees for using its corridor for transmission of Russian gas.

Russian company Gazprom is set to initiate the feasibility study in the first quarter of 2020 for laying down undersea pipeline starting from Gulf to Pakistan, India and Bangladesh that will ultimately end to China after touching Myanmar and Thailand. Apart from this mega venture Russia will also provide financial assistance worth $1 Billion USD for rehabilitation of Pakistan Steel Mills. An Egyptian Business Tycoon met with PM Imran Khan lately 2019 and showed his interest in PM initiative of housing project for lower income class.

PM also inaugurated Digital Pakistan Project where a Pakistani woman returned from Google Singapore will be heading the same. The project shall not only make Pakistan more digitally monitored but it will increase documentation of economy helping FBR and other law enforcement agencies to gather big data for their use.

Apart from digitalization, the project is meant for increasing IT based exports which will definitely help Pakistan to get more foreign exchange in return. If this momentum may continue, it will bring more foreign investment into country which will not only be increasing employment opportunities but Pak Rupee will be appreciated making inflation down together with decrease in interest rates. 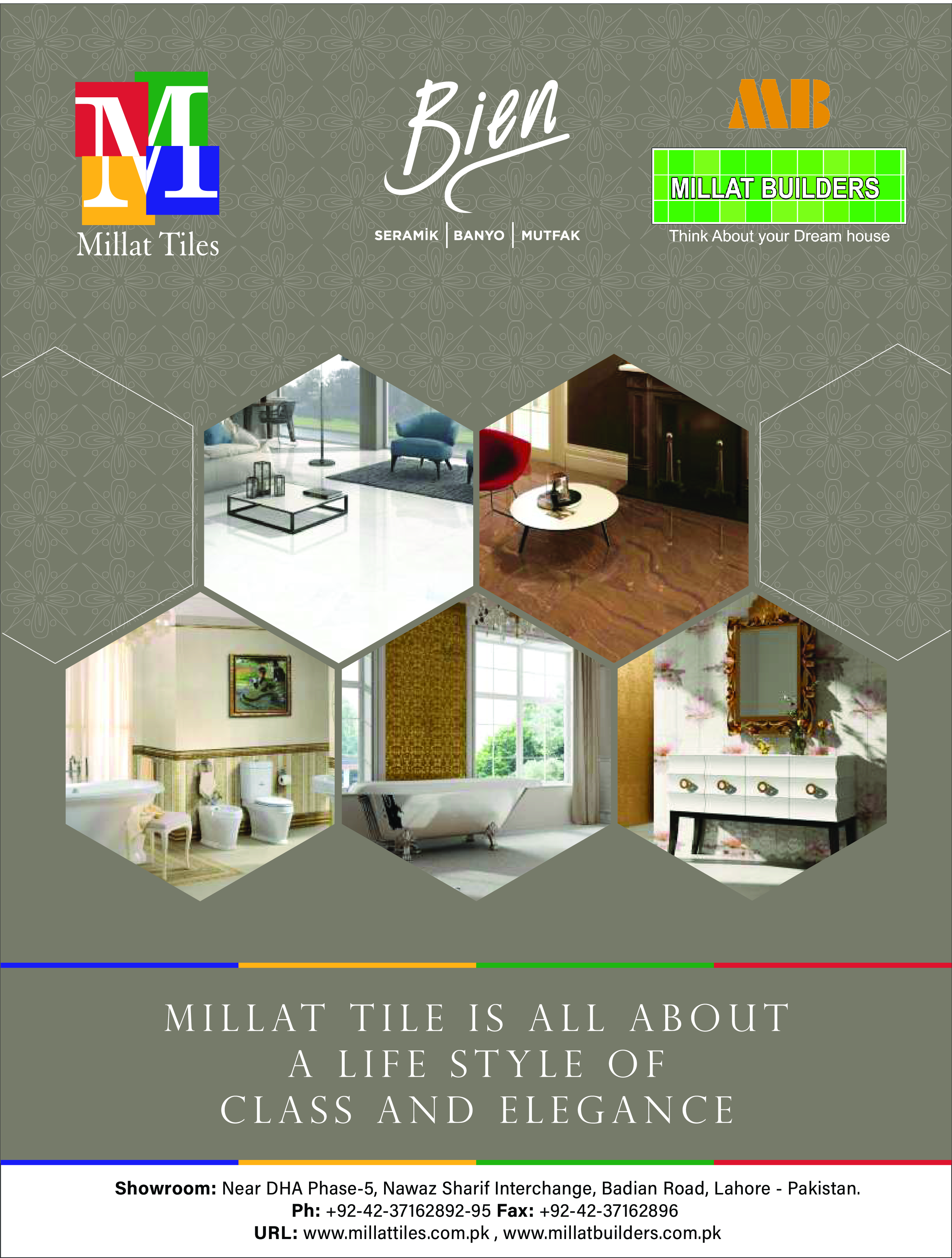 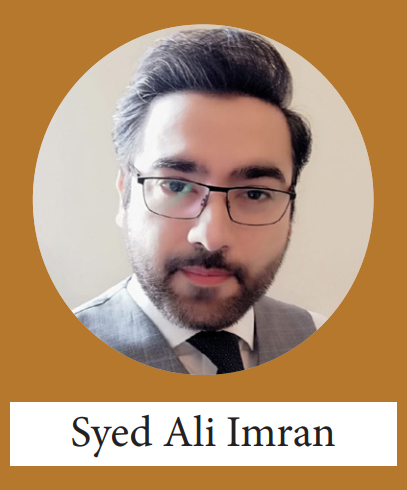