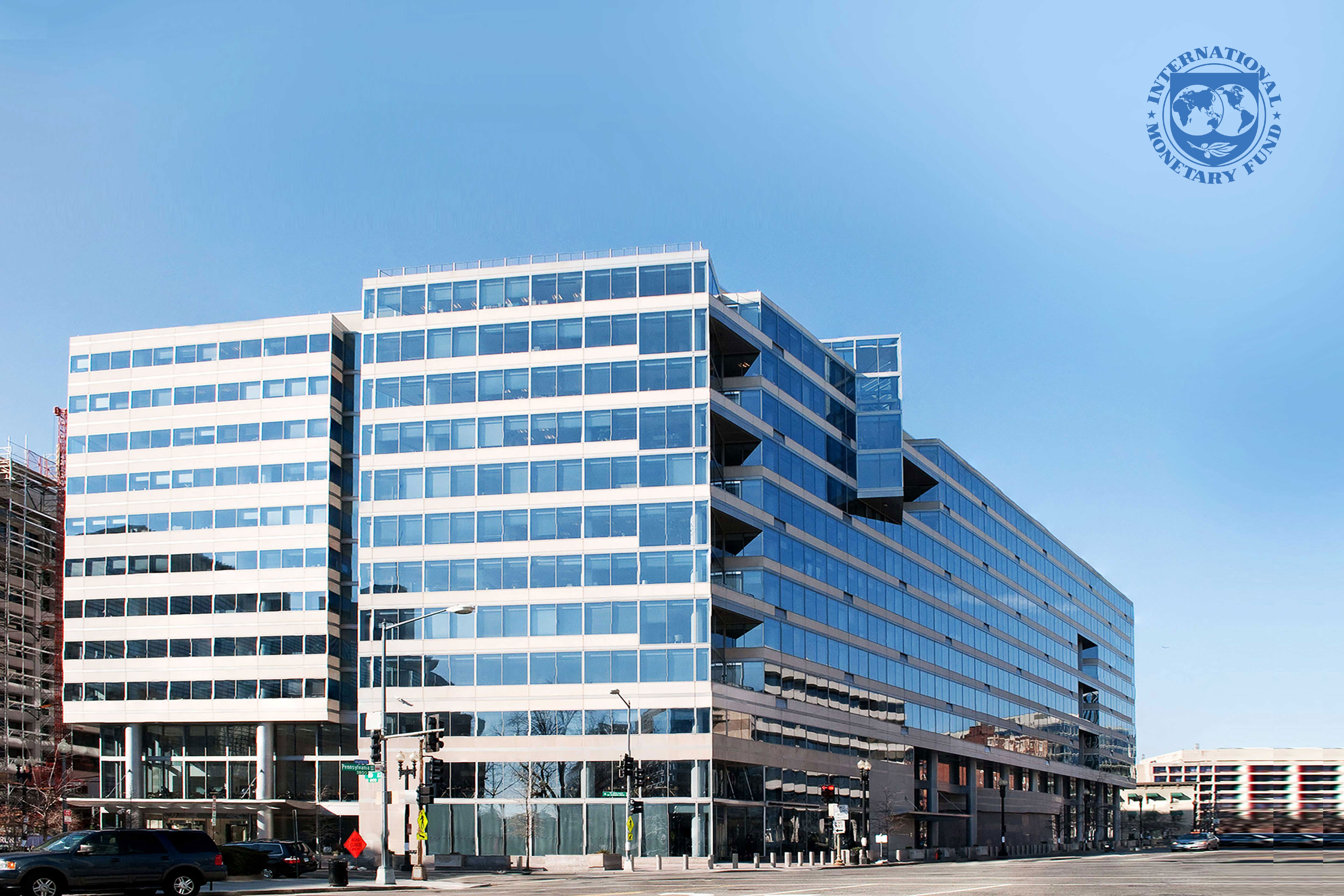 In July 1944, The IMF, also known as the Fund, was conceived at a UN conference in Bretton Woods, New Hampshire, United States. It was created to prevent the economic crises like the great depression. With its sister organization, the World Bank, IMF is the largest public lender of funds in the world. It is a specialized agency of the United Nations and is run by its 186 member countries.

Membership is open to any country that conducts foreign policy and accepts the organizations statutes. Prime purpose behind The IMF is to ensure the stability of the international monetary systemthe system of exchange rates and international payments that enables countries(and their citizens) to transact with each other. The Funds mandate was updated in 2012 to include all macroeconomic and financial sector issues that bear on global stability. The IMFs fundamental mission is to ensure the stability of the international monetary system. It does so in three ways: keeping track of the global economy and the economies of member countries; lending to countries with balance of payments difficulties; and giving practical help to members.

The IMF oversees the international monetary system and monitors the economic and financial policies of its 189 member countries. As part of this process, which takes place both at the global level and in individual countries, the IMF highlights possible risks to stability and advises on needed policy adjustments.

A core responsibility of the IMF is to provide loans to member countries experiencing actual or potential balance of payments problems. This financial assistance enables countries to rebuild their international reserves, stabilize their currencies, continue paying for imports, and restore conditions for strong economic growth, while undertaking
policies to correct underlying problems. Unlike development banks, the IMF does not lend for specific projects.

To achieve its goals, the IMF focuses and advises on the macroeconomic policies of a country, which affect its exchange rate and its governments budget, money and credit management. The IMF also appraises a countrys financial sector and its regulatory policies, as well as structural policies within the macro economy that relate to the labor market and employment. In addition, as a fund, it may offer financial assistance to nations in need of correcting balance of payments discrepancies.

The IMF is thus entrusted with nurturing economic growth and maintaining high levels of employment within. The IMF gets its money from quota subscriptions paid by member states. The size of each quota is determined by how much each government can pay according to the size of its economy. The quota in turn determines the weight each country has within the IMF – and hence its voting rights – as well as how much financing it can receive from the IMF. 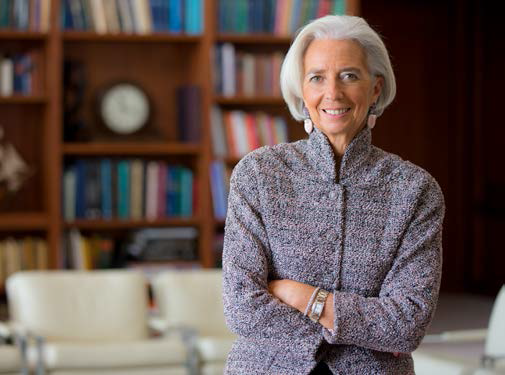 25% of each countrys quota is paid in the form of special drawing rights (SDRs), which are a claim on the freely usable currencies of IMF members. Before SDRs, the Bretton Woods system had been based on a fixed exchange rate, and it was feared that there would not be enough reserves to finance global economic growth. Therefore, in 1968, the IMF created the SDRs, which are a kind of international reserve asset. Theywere created to supplement the international reserves of the time, which were gold and the U.S. dollar. The SDR is not a currency; it is a unit of account by which member states can exchange with one another in order to settle international accounts. The SDR can also be used in exchange for other freely-traded currencies of IMF members.

A country may do this when it has a deficit and needs more foreign currency to pay its international obligations. The SDRs value lies in the fact that member states commit to honor their obligations to use and accept SDRs. Each member country is assigned a certain amount of SDRs based on how much the country contributes to the Fund (which is based on the size of the countrys economy). However, the need for SDRs lessened when major economies dropped the fixed exchange rate and opted for floating rates instead. The IMF does all of its accounting in SDRs, and commercial banks accept SDR denominated accounts. The value of the SDR is adjusted daily against a basket of currencies, which currently includes the U.S. dollar, the Japanese yen, the euro, and the British pound.

The larger the country, the larger its contribution; thus the U.S. contributes about 18% of total quotas while the Seychelles Islands contribute a modest 0.004%. If called upon by the IMF, a country can pay the rest of its quota in its local currency. The IMF may also borrow funds, if necessary, under two separate agreements with member countries. In total, it has SDR 212 billion (USD 290 billion) in quotas and SDR 34 billion (USD 46 billion) available to borrow.

The IMF offers its assistance in the form of surveillance, which it conducts on a yearly basis for individual countries, regions and the global economy as a whole. However, a country may ask for financial assistance if it finds itself in an economic crisis, whether caused by a sudden shock to its economy or poor macroeconomic planning. A financial crisis will result in severe devaluation of the countrys currency or a major depletion of the nations foreign reserves. In return for the IMFs help, a country is usually required to embark on an IMF-monitored economic reform program, otherwise known as StructuralAdjustment Policies (SAPs). 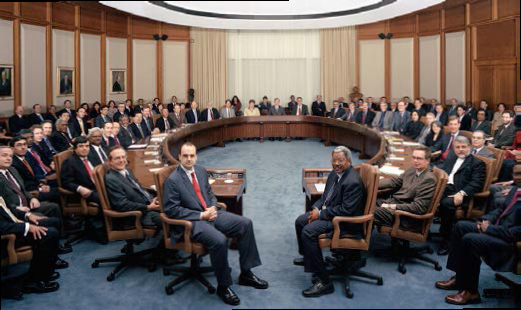 There are three widely implemented facilities by which the IMF can lend its money.

The IMF also offers technical assistance to transitional economies in the changeover from centrally planned to market run economies. The IMF also offers emergency funds to collapsed economies, as it did for Korea during the 1997 financial crisis in Asia. The funds were injected into Koreas foreign reserves in order to boost the local currency, thereby helping the country avoid a damaging devaluation.

Emergency funds can also be loaned to countries that have faced economic crisis as a result of a natural disaster. All facilities of the IMF aim to create sustainable development within a country and try to create policies that will be accepted by the local populations. However, the IMF is not an aid agency, so all loans are given on the condition that the country makes it a priority to pay back what it has borrowed. Currently, all countries that are under IMF programs are developing, transitional and emerging market countries.

As the Second World War ends, the job of rebuilding national economies begins. The IMF is charged with overseeing the international monetary system to ensure exchange rate stability and encouraging members to eliminate exchange restrictions that hinder trade.

After the system of fixed exchange rates collapses in 1971, countries are free to choose their exchange arrangement. Oil shocks occur in 197374 and 1979, and the IMF steps in to help countries deal with the consequences.

The oil shocks lead to an international debt crisis, and the IMF assists in coordinating the global response.

The IMF plays a central role in helping the countries of the former Soviet bloc transition from central planning to market-driven economies.

GLOBALIZATION AND THE CRISIS (2005 – PRESENT)

The implications of the continued rise of capital flows for economic policy and the stability of the international financial system are still not entirely clear. The current credit crisis and the food and oil price shock are clear signs that new challenges for the IMF are waiting just around the corner. 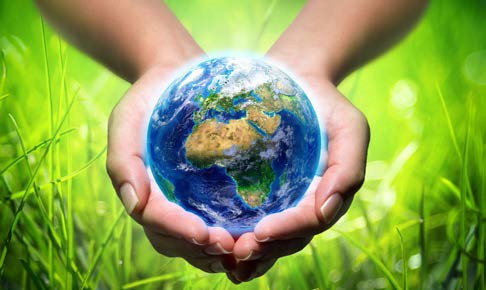