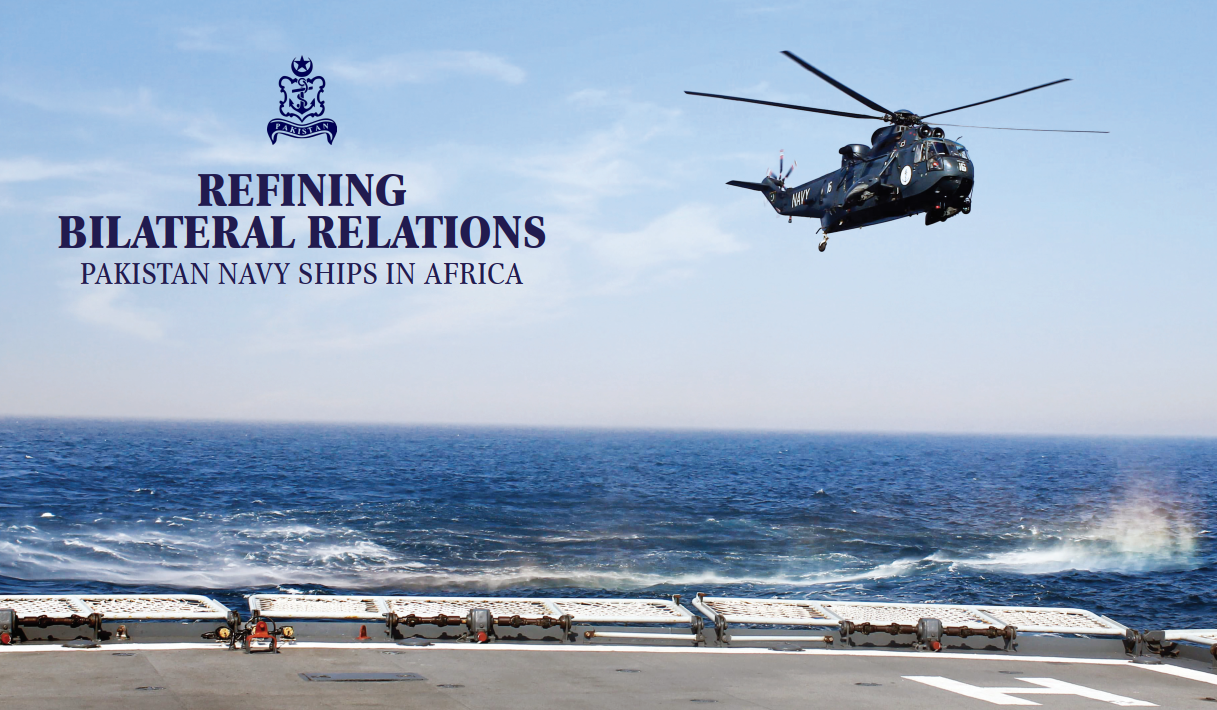 Africa enjoys a collective GDP of over US $2.3 trillion and an import market of around $500 billion and its shared potential will only be realized, however, if security collaboration and effective African Diplomacy, a multilateral and collective approach by unified Africa, across regional and international levels is continued with perseverance. The majority of African states had the least representation comprising of only four states in the United Nations (UN) when it was founded in 1945. This profile has changed dramatically and in the second decade of the twenty first century, Africa has more sovereign states than any other region in the world, amounting to more than 25 percent of the UN membership. 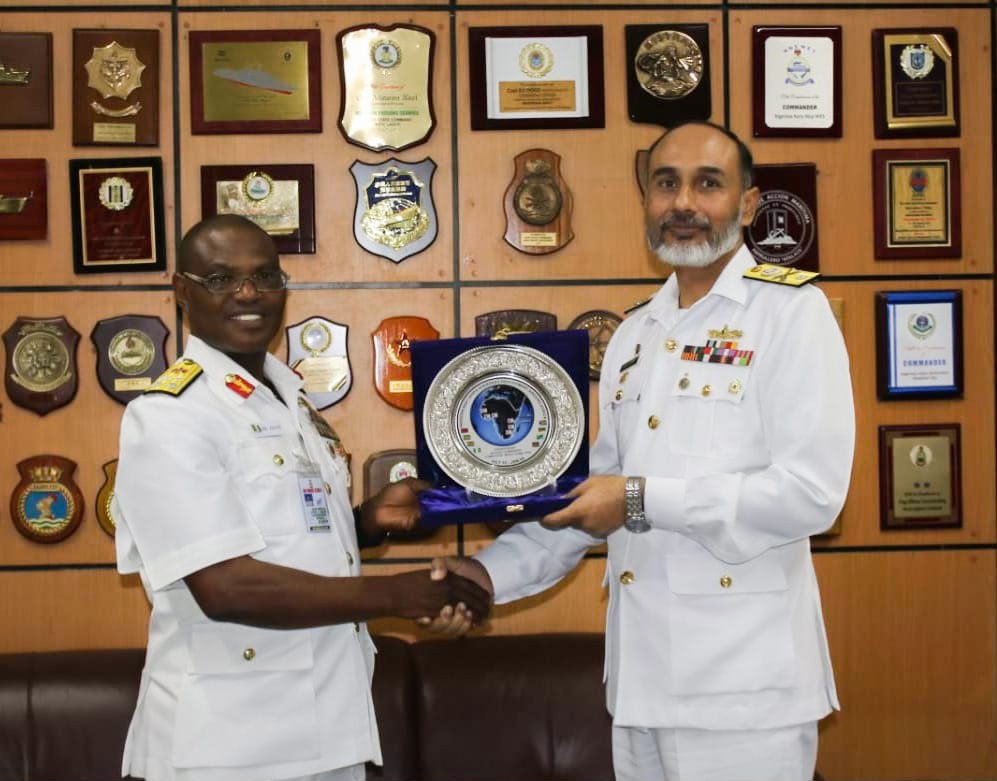 Historically, Pakistan has enjoyed cordial relations with Africa. Since its inception, Pakistan has assisted struggling African states with capacity building initiatives for their government officials and military staff while having diplomatic missions in 13 African countries. However, despite the shared cordiality in Pakistan-Africa relations, Pakistans foreign policy lacks the strength required for unlocking the untapped potential in these relations. The McKinsey Global Institute (MGI) has described the immense potential of African economies as lions on the move. Therefore, with vast economic opportunities in Africa to explore, Pakistan-Africa trade is inevitable.

While addressing the conference, President and Prime Minister of Pakistan have highlighted the need for engagement with African Nations with a more open and assertive economic and diplomatic policies and urged the need to work towards close cooperation, essentially in the domains of defense and trade to enhance prosperity and peace in their regions. Moreover, the remarks of Foreign Minister Shah Mehmood Qureshi further the governments stance while observing; Due to Africas rich natural resources and growing middle-class consumer market, the World Bank has predicted that most African countries will reach middle-income status by 2025. This presents a tremendous opportunity for Pakistani goods and services.

The convoy during its long expedition to African states visited port of Casablanca (Morocco), Nouakchott (Mauritania), Takoradi (Ghana) and Lagos (Nigeria) during the months of November and December 2019. According to Pakistan Navy sources, the Contingent interacted with range of local and foreign dignitaries and exchanged views on the regional security construct especially the threats from non-traditional sources including Terrorism, maritime pollution and drug trafficking etc. Besides maritime security, mutual experiences and endeavors on maritime blue economy were deliberated. Moreover, highlighting the 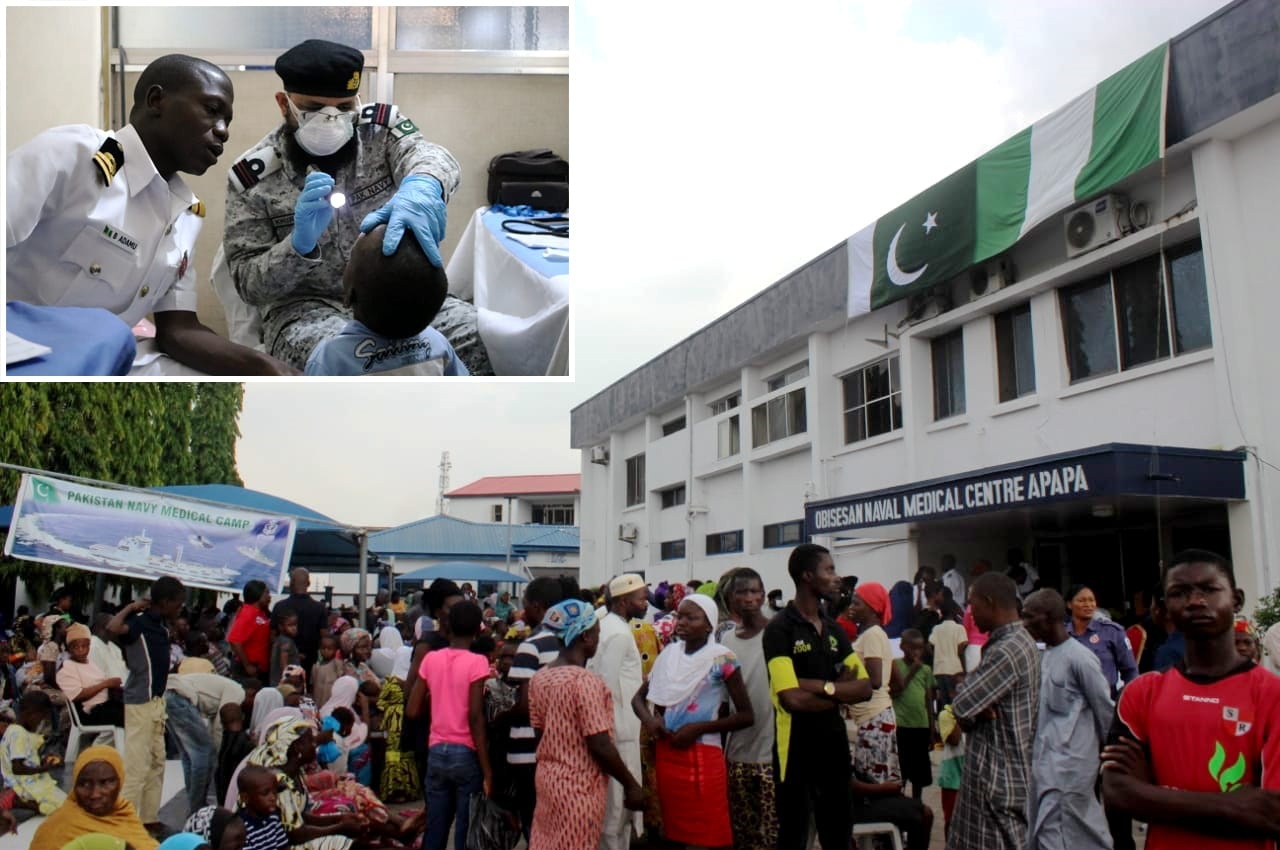 situation in Indian Occupied Kashmir remained as a focal point during this recent voyage. To signify this most significant policy objective, the mission commander has drawn attention of the worthy delegates, dignitaries and various other diplomatic officials to the illegal actions of the Indian government in the Indian held Jammu and Kashmir which has endangered the security of the entire region and the world at large. Despite these initiatives in Naval Diplomacy domain, Pakistan Navy Convoy also prudently utilized Pakistan Navy Ship MOAWINs recently developed highly state of the art medical and rescue facilities at extended ranges. Under this scope, Medical camps were established in coordination with local authorities during Ships stay at Nouakchott (Mauritania), Takoradi (Ghana) and Lagos (Nigeria) where hundreds of patients were provided with general treatment, minor surgeries and dental procedures alongside free medicines.It is also important to notice that these notions of welfare were well appreciated by the local leadership including the Naval Chiefs of these respective countries. 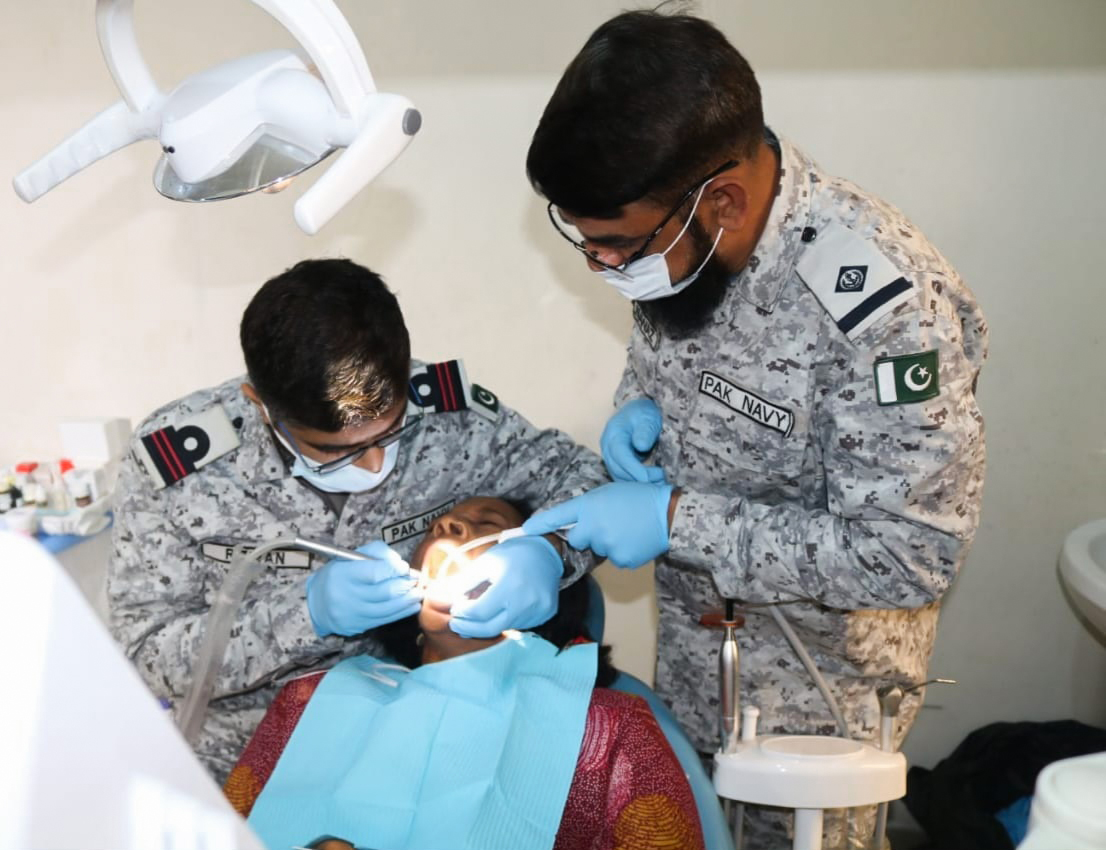 In continuation, during the latest leg, both the Ships visited port of Lagos, Nigeria. Pakistan and Nigeria maintain good bilateral relations based on strong foundations and common interests of preserving lasting regional peace. Nigeria lies in the Gulf of Guinea (GOG), one of the most dangerous gulfs because of the widespread piracy and armed robbery-related activities. This has affected a number of countries in West Africa, including Nigeria and the larger international community. According to the International Maritime Bureau report 2019, the GOG region records 119 incidents of Piracy and Armed Robbery which accounts for 86% of crew taken hostage and nearly 82% of crew kidnappings globally. In 2018, Nigeria witnessed 48 actual and attempted piracy attacks and 11 incidents recorded in 2019, the highest number for any port in Africa.

Due to the direct consequences, which the criminal activities have on GOG maritime environment, Nigeria has therefore adopted a collaborative approach and recently hosted a Global Maritime Security Conference aims to galvanize collective effort among African states to deal with the evident security challenges across the region. Furthermore, Nigerian Navy is also organising annual multinational maritime exercise named as Obangame which means togetherness. It is designed to improve cooperation among the participating nations comprising of 30 states to ensure maritime safety and security in the GOG region.

Accompanying Africa in their deliberated efforts to ensure peace at sea, Pakistan Navy has always been in cooperation with African navies in promoting naval diplomacy through various channels. Recent port calls by Pakistan Navy Ships will allow Pakistan to further strengthen existing relations with African countries and deepen political, economic, security and socio-cultural ties in the future. Therefore, hope resides in the possibility that the Pakistan Navy ships visit to African states will further bolster support to Foreign Ministry of Pakistan in consistence with the vision of Political leadership to achieve national policy objective aims at deepening Pakistans engagement with Africa in diverse fields. 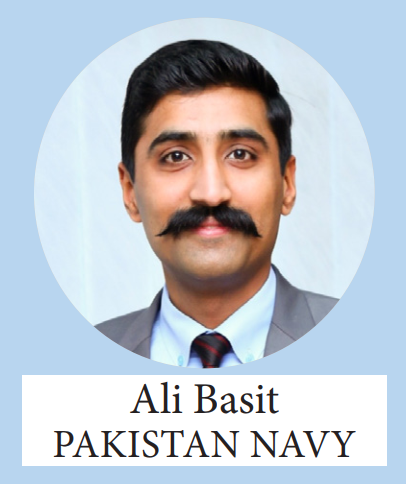